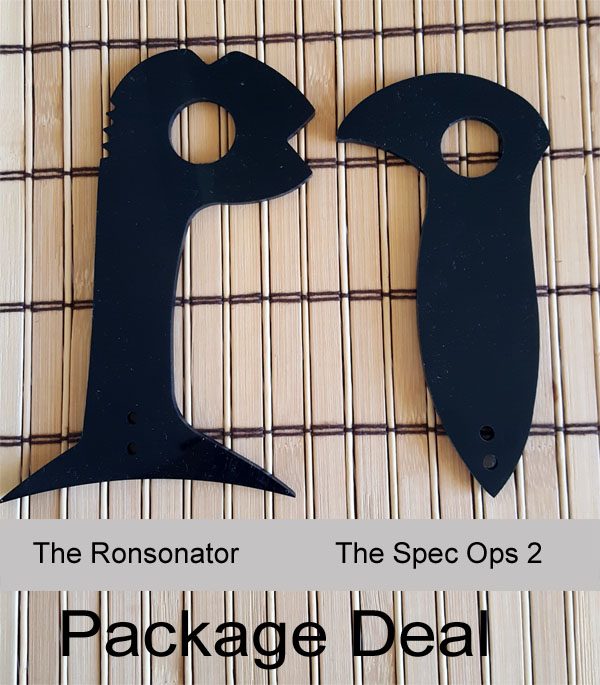 The Say HELL NO package deal

Frankly there comes a time that you must just say NO to those who want to do you harm. It’s rare but when you need it… this package is without parallel!

Get used to having something to say NO with!!!!

There are times that you when you have to defend yourself it all comes down to doing a lot of damage in a very short order! That time is known as “HELL NO”! The bad guys don’t care about you all they want to do is hurt you, rob you, or even worse. These are the times when you don’t care how much damage you do all you want to do is stop them from whatever they want to do with you or a loved one.

This is where this package deal comes in! These two tools are some of the most aggressive tools that we have to offer. Only deployed when you just simply have to say NO.

Most of the time we never see times like this but when you do it’s important to have the tools you need for your safety or your family’s safety.

This package deal offers a great savings. Normally you would pay $48.90 however the sale price is $28.63!

Go over and take a look!