Your Self Defense Plan

This is a series of videos to help you construct your personal self-defense plan. Each week I will be posting a new weekly video between 6 to 8 minutes long. Easy to digest and learn that weekly skill set so you can build your custom self-defense plan. It is necessary to start building your self-defense plan NOW, and each week is one easy lesson that builds on the next lesson.

At the end of ten weeks, you should have a complete self-defense plan customized to your needs! Why am I doing this?

Our nation is experiencing an unprecedented outbreak of crime across our nation. Everything from murders, rapes, violent sexual assaults, robberies, muggings, carjacks, and even more. You are in the crosshairs of this outbreak, so you must do something to protect yourself and your loved ones.

What is your life worth? Do you feel safe these days? What is your family’s life worth? Is it really ok not to deal with the rise in crime that is heading at all of us? Really? NO.

So, this series of videos will guide you through what you need to know about designing a personal self-defense plan that could save your life and the lives of your loved ones. All for FREE!

Each week and simultaneously, I will be releasing that week’s video. I will post it on YouTube and Vimeo, then broadcast it to my Aweber fan base. You can always check the webpage on PDWS.biz as well.

Situational Awareness is your first line of self-defense! Living in the now and understanding what is happening around you plus your family. Developing this awareness is vital to your survival, and as I like to remind people, “We are not in Kansas anymore.” The goal here is to live in the now, focus on what is around you, identify security issues, see safe passageways, notice places that you can get attacked, and project confidence. Watch the people around you and engage your sense of feel. Do things and or people feel right to you? Do you get a sense that something isn’t right? Learn to recognize this information and act on it. Practice “living in the now” exercises by sitting quietly for five minutes and don’t think about things but rather feeling, smelling, and looking around you. Don’t think about things but rather develop your sense of awareness by noticing what is around you. Be safe, and I will see you in the following video.

There are four laws of getting attacked. The first law is you’re in the wrong place at the right time. One of the most important things you need to understand and learn is situational awareness. That is a state of awareness where you see potential threats and avenues of escape around you. Most people are not trained like that, and I probably think you might not be either.

The second law says that you are in the wrong place at the right time, and the bad guys actually notice you. They see you don’t know where you’re at, and you’re not aware of your surroundings.

The third law says that the attacker will now approach you and pick a dialogue up to talk with you. It is at this point that you can do some tremendous anti-attack strategies. In this place of dialogue, as soon as your attackers use profanity or talk down to you in such a demeaning or horrible fashion, you are now at the fourth laws edge.

The fourth law says you are now under attack, so be prepared to defend yourself.

Now you can stop being attacked at any one of these four laws.

Law #1 says you’re at the wrong place at the right time. If you realize that, you leave, thus stopping an attack.

Law #2, you will be noticed, and it is at this place, you can show that you’re very aware of your surroundings and you’re physically capable of defending yourself. One way to look around at each thing and study it well, but the attackers see that you’re very aware and are sizing up everything around you. That would imply that you’re physically capable of defending yourself, and they will go someplace else for easier prey.

Law #3, when they pick up a dialogue, this is where you can utilize some creativity. You can tell them, for example, you’re an off-duty cop, and you’re looking for a particular person. This lets them know that you’re part of law and order and most likely armed.

By nature, attackers are cowards, and they look for the vulnerable people in the population to attack. An off-duty policeman isn’t one of those people. You can create several stories that paint a picture of you that they really don’t want to deal with.

And then finally, Law #4, if you know you’re going to be attacked, you get ready with your self-defense weapon or the like and aggressively move at them, letting them know that you’re capable of defending yourself.

If you become surrounded, get out of the center of the circle, and if you need to take an eyeball and damage it getting somebody to scream, or you can draw enough blood that it gushes out all over the other people, as we say in the men who stare at goats movie this creates a “very powerful visual psychic disincentive for the others to follow.”

The three levels of Self-Defense.

Extra...Extra we have a new package deal for this video series

When we invented the new “Family of Devastation” and started our “Self Defense Plan” videos, we needed a special package just for that video series. Please view the video on the left to learn more about this new package.

There comes a time, and I think it is now, where you need to understand that we need to injure people trying to hurt us, rob us, rape us, carjack us, or even worse. This video will help you understand where we are in our self-defense. The world of crime is all around us now, with brazen criminals running freely with no consequence, and who are the victims now? We are the victims who are supposed to play nice, well, not anymore. We must be like the snake “don’t tread on me,” or you will be the one bitten.

What is a remote location? It’s not what you might think. When you find yourself in a place where if you call for help, it won’t be there in under 10 minutes, so you must think differently in these cases. Enjoy the video and keep building your personal self-defense plan and thinking.

This is a very important concept to understand, learn and practice. The term was made famous by Japan’s greatest swordsman and coined in the book “Five Rings”. 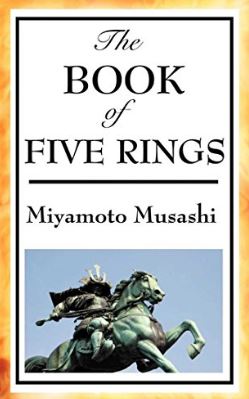 Many have seen this video I produced a few years back; however, for the purpose of our class, we need to go through these steps again. Especially now with the huge rise in carjackings!

Location-based self-defense concept is critical to understand but also to embrace. You need to plan for these situations and fold them into your personal self-defense plan strategy. Enjoy

We should all know some level of first aid, not only for ourselves, our families, and other people who might be in need of first aid. As crazy as it sounds you might have to give first aid to your attacker(s)!

Week 10 the last Week in this series!

This is it! The last video in the series. I seriously hope you have a new shiny personal self-defense plan! Please feel free to email your experience, thoughts, and improvements for this plan. Be safe, and I will have more classes like this soon.