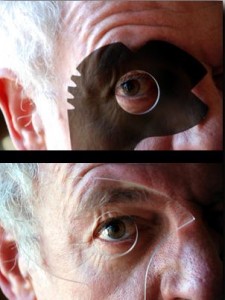 Michael Hoffman lives in the Dana Point Area in California.  He is able to teach the Defender and you can contact him via email at:heartcomm@cox.net

Michael currently trains in Anjing Banfa under Master Kerry Lewis.  Michael is the only instructor we have who actually defended himself with his defender. So, here is a guy who actually had to use the tool to save his life!  A veteran of the street, so to speak. You can look in the testimonials and see what happened.  Without his Spec Ops 2, an aggressive and unruly bully might have harmed him and his girlfriend.

Michael started Defender training after a long career in sports marketing with Life Fitness, where he promoted high-performance athlete and celebrity clientele.  He also assisted California governor Arnold Schwarzenegger and President George Walker Bush in staging the Great American Workout at the White House.  Later, he helped Schwarzenegger develop World Gym franchises and studied WuShu, but decided that fast and efficient means to clear, control, disarm and neutralize an attacker were preferable for his age. At 63, Michael is a good example of the old saying – “Old and crafty beats young and strong every time”.