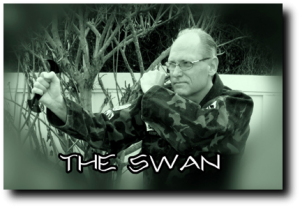 John Enger started his private martial arts training in Minneapolis, MN at the age of 15 years old under 1st degree black belt, Tom Simons (Tae Kwon Do). After several months of private training he was brought to his Sensei, Master Byung Yul Lee, Headmaster of the Korean Karate Institute where he studied the art of Tae Kwon Do obtaining the rank of Brown Belt. John left the Institute where he later became a police officer for the University of Minnesota Police Department for a period of 22 years, retiring with the rank of Lieutenant Commander.

During his career he trained with numerous martial artists with various backgrounds and also received many Defensive Tactics Certifications, Classroom, Firearms and Tactical Baton Certifications at the state level as well as being certified as a Defensive Tactics Instructor from The Federal Bureau of Investigation (FBI). John has instructed many law enforcement officers, security officers and private individuals in how to defend themselves on the street. During his career, John received numerous Commendations as well as four Citations for Heroism in the line of duty. John has also been a Verbal Judo (Tactical Communications Instructor) with the Verbal Judo Institute for many years, receiving Instructor Level Certification from Dr. George Thompson. John was issued the first Black Belt rank in Verbal Judo/Tactical Communication by Dr. Thompson. John’s primary area of study in the martial arts over many years has been in Kenpo (American, Chinese and Combat), Tae Kwon Do and Combat Hapkido. His emphasis has always been on martial arts which are reality based and street effective. He has also been ranked as a 1st Degree Black Belt in IPP Krav Maga / Certified Instructor – Level 2 under Master Alberto Merlo. John has also been Certified as a FORSVAR Defense System Instructor and Mizu No KoKoro Passive Defense System Instructor.

John has been an ordained minister for many years and a Certified Master Chaplain with in International Conference of Police Chaplains and a Certified Chaplain with the Shinja Martial Arts University. He was the first Police Chaplain to start an effective Chaplain’s program in a major state university. John was also the Chief Chaplain for the Sarasota Police Department for a period of three years and was awarded the “Civilian of the Year Award” for his work as a Judicial Liaison and Chaplain for the Department. John also spent three years as the Risk Manager and Assistant Director of Operations for Manatee Adolescent Treatment Services – MATS (A State of Florida Department of Juvenile Justice Program/Juvenile Corrections, housing High Risk Criminal and Sexual Offenders). While at MATS he was also utilized as the in-house Chaplain. He was instrumental in helping start two churches as well as having done ministry work in the beautiful country of Jamaica. He is a Pastoral Counselor holding earned Graduate level Seminary degrees (Ph.D., Th.D.) as well as a Specialized Associates degree in Paralegal studies and a B.S. degree in Commerce and Social Studies as well as a M.A. in Law Enforcement and Management. He has authored the book titled “The Prevailing Prayer of a Peace Officer.” John has written many Theological, Counseling and Biblical study courses for several Seminaries and Bible Schools and has been awarded several honorary degrees for his work in these areas. John has served as the Dean of Students for the Kingdom Harvest School of Ministry and Assistant to the President of the International Theological Seminary in Bradenton, FL as well as being appointed as Advisor/USA Coordinator of the Original JuJitsu Union under Hanshi – President Dr. Javier Galan.

John also holds a State of Florida Private Investigator’s License and has worked as a Private Investigator in the State of Florida. He is a Certified Instructor in the “Defender” self-defense tool developed by Master Peter Brusso. Master Peter Brusso founded Anjing Banfa in the early 1970’s after returning from Vietnam. His observation was that martial arts lacked realism and needed to be well rounded. Existing styles focused on ground fighting only or stand up fighting only. These skills needed to be cross-trained as we are seeing today. Weapons and all weather fighting techniques also needed to be incorporated into a system that produced results. Thus, Anjing Banfa was born and has flourished over the past 30 years.

“I have asked John Enger Sensei to review my material, which is for sale. I found Enger Sensei via the Internet and he has a very impressive background in the arts and law enforcement. I thought it natural that I ask him to review my material from an ‘outside’ point of view. I also wanted an honest opinion for the material as I think it important to include other styles ‘thoughts’ into the purchasing decision.