The Stealth is Aggressive it has saved hundreds! 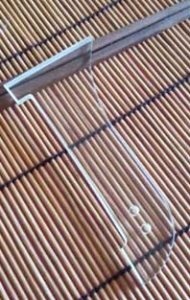 One of the major improvements in the stealth is the offset tail on the pummel.  When you place the offset tail between fingers and twist, it’s excruciatingly painful.  The stealth also looks like “an ice scraper”.  It could pass off as a simple tool in your automobile, yet we know what it is, and the bad guys don’t. Fits in your pocket very well too.

So the stealth, now in CLEAR, is one of those self defense tool that can go almost anywhere with you and yet still has some real stopping power.  It’s the lowest profile tool we have in the defender line of tools. It also has a place in the home safety and personal safety aspects of your “self defense” strategy.

We had one person out of Texas that defended himself from 3 attackers with the stealth. When the police got there they were astounded at the amount of damage he had done. They asked him “how did you do this?”… He showed them the stealth and they asked how it worked. They love it and purchased some individually. They did have to confiscate the tool for evidence but we sent him another free of charge.

Why do we call it the stealth self defense tool? It’s small and fits in the hand so nicely that people really can’t see what it is! Precisely what we want! They will know what it is when we use it to stop them from hurting us or our loved ones!

Options table for the stealth

These are the options for your defender Stealth purchase:

Oh I love this little crazy aggressive tool… I want one! 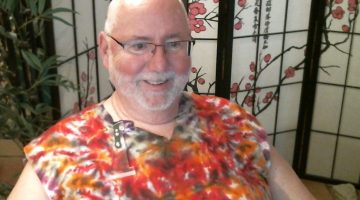 Clear Stealth with a clip-on Master Brusso… can you see it? 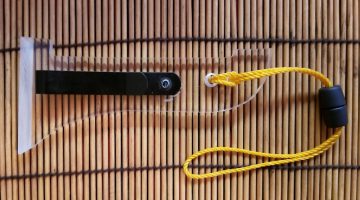 Stealth with clip and breakaway lanyard 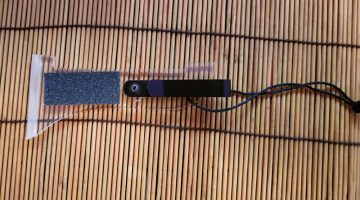 Stealth with clip and manual 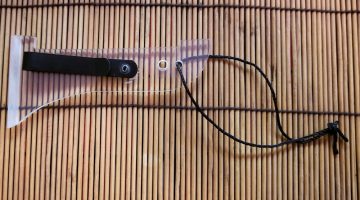 Stealth with clip and manual lanyard 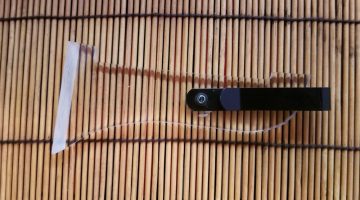 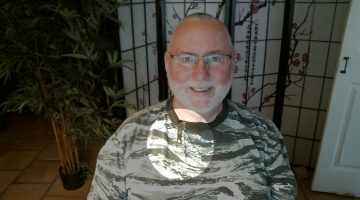 Learn more about the stealth!

The stealth self defense weapon came into the world as an accident. I (Master Peter Brusso) was cutting a defender 1 out of some colored plastic when the defender 1 had a user accident, haha, and I cut the head off of the defender one by mistake. What I had then was just a very sharp handle.

So that gave me the inspiration to design a low profile defender with the following features: fits just in the hand so you really can’t see it, have a point toward the attacker, a sharp place to capture soft tissue between the thumb and the tool.

Next, I wanted to bevel the top piece so that I can scrape or cut flesh. Then I looked at the bottom of the tool and made an offset tail so that you can place that between an attacker’s fingers that might be holding you and twist to escape their grasp.

So this little bad boy carries a punch! Make no mistake about it… can serve your self defense needs very well. Extremely great tool for women to carry and when they have to defend themselves, this tool does a lot of damage very quickly… when you have to say just NO to someone!

Oh, I love this little crazy aggressive tool… I want one!