Searching and organizing, we found four stealth Defenders, in black ready to go live with you! We are giving a 30% discount for this Xmas period. 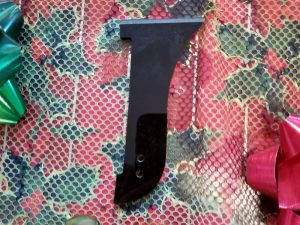 The stealth defender is a fantastic self-defense gadget! Much smaller than any of our other defenders but perfect for a woman’s hands too! This tool has saved at least ten people that we know of! Recently, it saved a guy trying to help save a life of a small child.  As under suggestions to help via 911 to save the child’s life, he was attacked by onlookers from behind! Using this tool and giving CPR, he attacked the chokehold arm and slit it open. The attacker left him alone too! When the police and EMS came, they kept trying to fix this guy because he had so much blood on him. He explained what happened, and the police asked to see what he used to get free. He showed them, and they were amazed. The child lived due to this guy using a stealth defender to continue his CPR. It saved two lives that day! Only 4 in black are available!